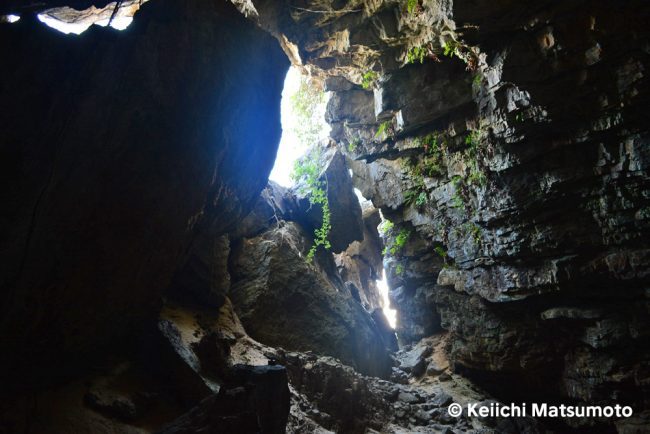 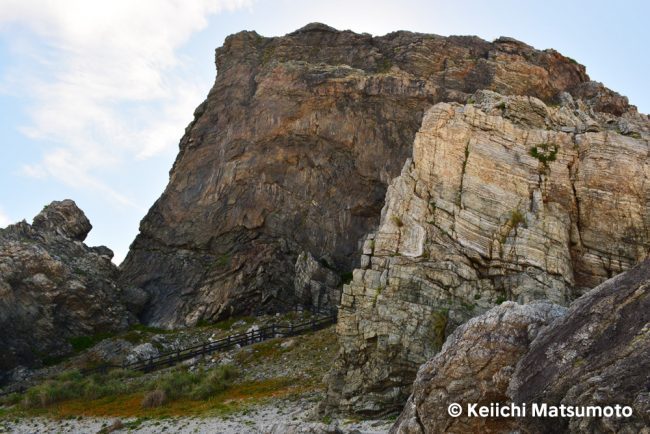 Iheya Island is the northernmost inhabited island in Okinawa Prefecture. The most famous spot on the island is Kumaya Cave, a cave covered by a huge rocky mountain, that seems to surreal to be natural.

As there are theories that Amano-Iwato, where Amaterasu-Omikami (sun goddess) from Japanese mythology hid, may have been this cave, and it is thus considered a power spot. Out of all of the Amano-Iwato legends in Japan, Kumaya Cave is the southernmost.

There are stairs to the entrance of the cave and due to the immense size of the rocky mountain, from afar people climbing the stairs look tiny.

The entrance at the top of the stairs is just wide enough for one person to enter at a time, but the interior of the cave is expansive. If you continue on to towards the depths of the cave, there is not much light and it is so dark that a flashlight is required even during daytime. Enveloped by the silence in the cave, you may forget that you are on an island in Okinawa.

The light that enters the cave from gaps in the rocks near the entrance appear almost divine and you are sure to understand why the cave is linked to Amano-Iwato legends and is considered a sacred place.