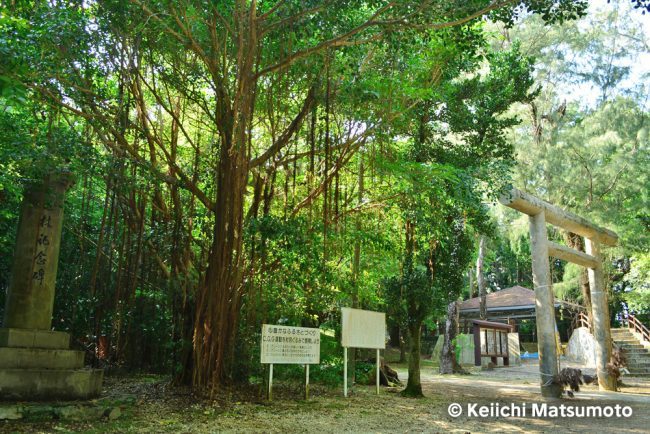 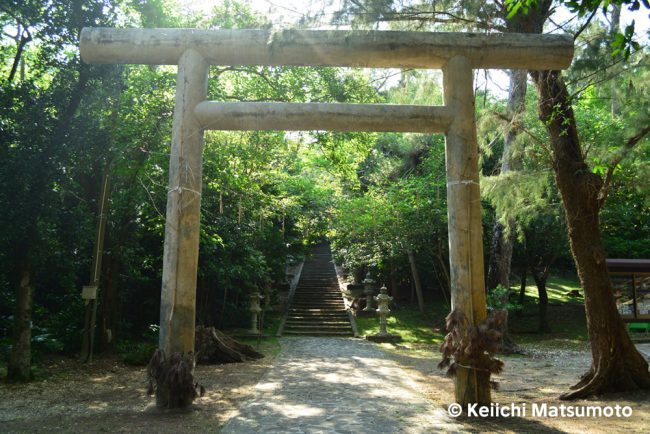 Built when Minami-Daito Island was first developed and the shrine where the harvest festival is held!

It is located a bit far from the town center and is usually a very quiet place. However, ever autumn a harvest festival is held and mikoshi (portable shrines) are carried up the stairs, sumo matches are held as an offering and the shrine becomes a lively venue.

Aside from the dohyo (sumo ring) where the sumo is held, there is a grand torii gate and stone stairs. The grounds are surrounded by tall trees and in the evening and night you can see Daito fruit bats, which are a protected species.

Although shrines are not common in Okinawa, the reason such a magnificent shrine was built on the Minami-Daito Island was because Tamaoki Hanemon was from Hachijo Island in Tokyo, which had a strong folk religion.