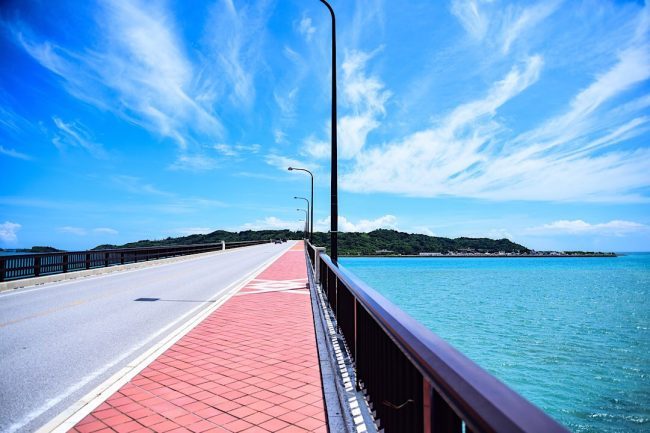 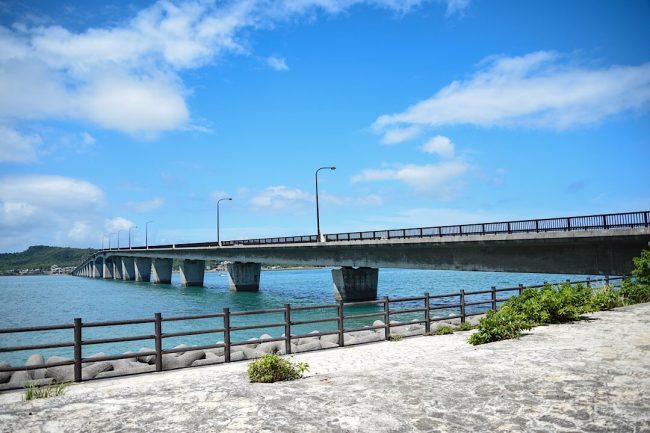 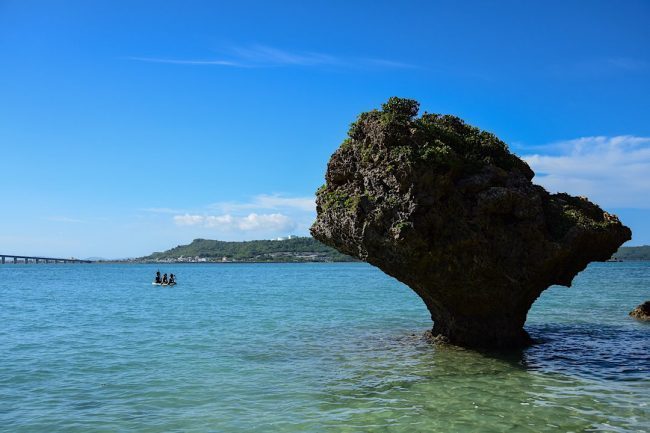 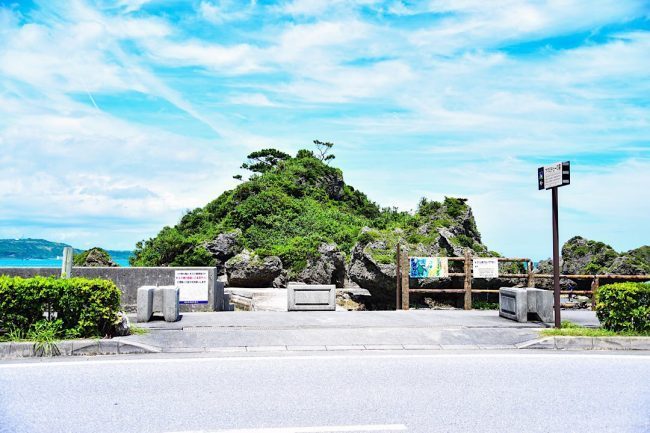 An island said to be the origin place of Ryukyu

Hamahiga Island can be reached from Okinawa Island via the Kaichu Sea Road and Hamahiga Bridge.

It is known as the island where the Ryukyuan ancestor deities Shinerikiyo and Amamikiyo lived and is gaining popularity as a “power spot” where reverence for the gods and abundant nature have been preserved.

It is just a 1.5 hour drive from Naha Airport and as you can visit the surrounding islands via the Kaichu sea Road, it is a great place to go for those who have already seen all the sights on Okinawa Island and those who want to go for a laidback drive around Okinawa’s resort spots.

If you park your car at the parking lot located on the eastern side of the island, there is a beach called Muruku Beach located right by the parking lot, where you can enjoy the blue sea, white sand and sky. You can also visit a cave known as Shirumichu, which is believed to be where Shinerikiyo and Amamikyo lived. To get to Shirumichu look for a torii gate found at many shrines and climb to the top of the stone staircase. Shirumichu is a special sacred place renowned as a place of worship for fertility, abundant harvest and health and safety and the cave can only be entered on certain days.

The grave of Amamikiyo and Shinerikiyo, called Amamichu is also located on the island.  There are also other noteworthy spots, such as Shinugu-do, which is surrounded by a large banyan tree and Agariga, a well that supported the lives of the residents of the island.